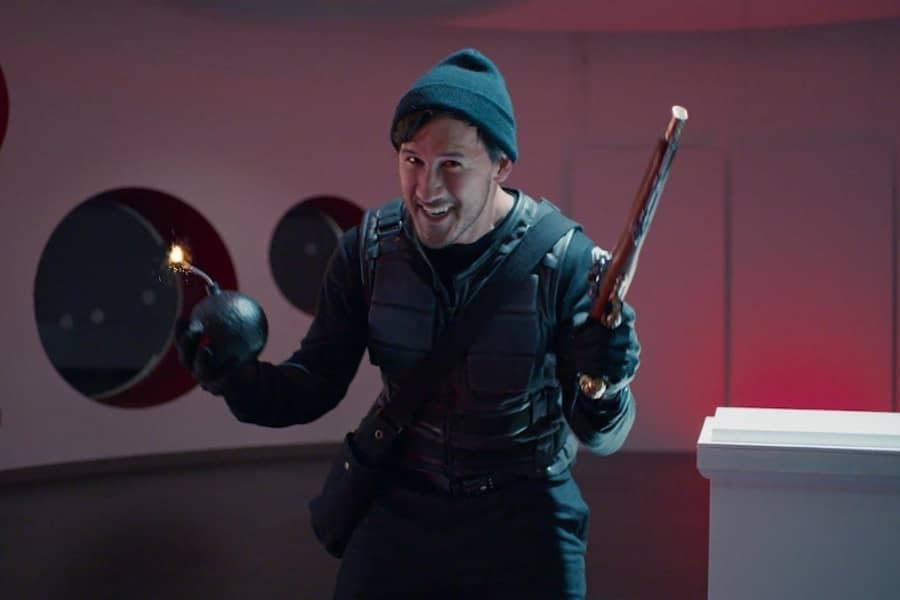 Mark Edward Fischbach, better known online as Markiplier, is an American YouTube gamer, vlogger, reactor, and founder of the clothing company CLOAK along with Jacksepticeye. Mark mostly uploads playthroughs of various video games, most notably horror games. His full-toned voice, in-depth style of gameplay, commentary, and multiple charitable acts have spanned a highly successful YouTube career. As of June 2020, his channel has over 13.3 billion total video views and over 26 million subscribers. The Markiplier Twitch channel holds Mark’s Twitch live streams in case a fan has missed out on a stream while Mark was on Twitch. It has been inactive since mid-2012. He is known to collaborate and play games with several other YouTubers. In particular, he collaborates and is friends with PewDiePie, Jacksepticeye, CinnamonToastKen, muyskerm and LordMinion777.

YouTube Originals debuted the trailer for their first interactive special coming to the platform on October 30: A HEIST WITH MARKIPLIER. It is an interactive branching narrative format where the viewer can control their favorite YouTube Gamer’s life-or-death decisions in a classic museum heist. This interactive special is the latest adventure from the creative mind of Markiplier. In the follow-up to the successful A Date With Markiplier, you will find yourself tasked with the near-impossible mission of robbing the world’s most secure museum. According to YouTube, the special includes 31 possible endings and 61 videos, with a variety of “life-or-death” decisions along the way. While A Heist with Markiplier is the company’s first “choose your own adventure” program.

Markiplier has some 26 million subscribers; it’s hard to say whether A Heist with Markiplier will resonate with people as much as Bandersnatch did. But the fact you can now watch YouTube Originals without a subscription certainly won’t hurt the film’s chances.