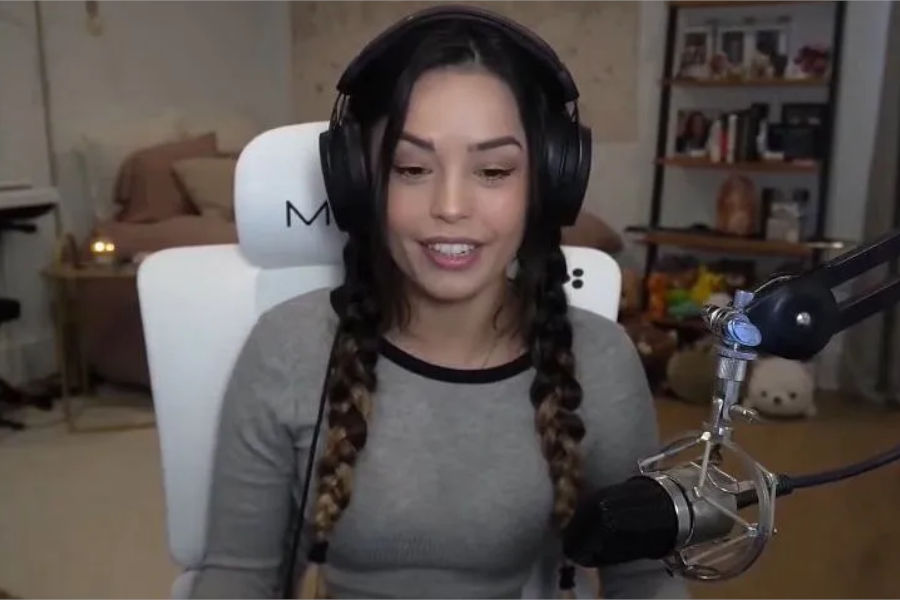 Valkyrae is the world’s most powerful female gamer.

She’s teamed up with Gucci. She has appeared in a music video by Machine Gun Kelly. On the first day she released merch, she received 20,000 orders.

She’s come a long way since the beginning.

Valkyrae has been a gamer since she can remember and started gaming when she was five years old. Because her father always returns home drunk, she convinced her mother to purchase her first gaming console. It was a Nintendo Entertainment System and play the entire day inside her room.

She continued to play video games throughout her childhood, but she didn’t get any attention for it until she was in college, when she began posting clips of herself playing on Instagram and YouTube.

Her fans began pleading with her to start streaming on Twitch. That’s when her career began to take off.

Valkyrae would go on marathon streaming binges in order to grow her fan base. She soon found herself broadcasting in front of 4,000 people every time she went live.

She left Twitch early last year and signed an exclusive deal with YouTube. It wasn’t an easy choice for her to make.

Her fans flocked to her, and she quickly rose to prominence on the platform. She was streaming in front of 100,000 people shortly after making the switch.

Her career, as well as the opportunities that came with it, took off from there.

She was approached by every major content studio and Esports league in the world, but she chose to join 100 Thieves. They’re a leading lifestyle and gaming company with Matthew Haag, Drake, Scooter Braun, Dan Gilbert, and others as shareholders.

Other organizations offered her more money, but she doesn’t make decisions solely on the basis of her earnings potential. They have to be comfortable.

She was the company’s first female gamer. She is now a co-owner of the company. That demonstrates how important she is to the team.

She decided to get her own place after a year of living in the 100 Thieves house. She wanted to make her health a priority after years of sitting in front of a screen. She began to exercise more frequently and to take better care of herself.

Valkyrae began to consider how she could protect her body from the long hours she spends sitting in a chair in front of a computer screen.

She was so fortunate to be introduced to Claudia Poccia, a beauty industry veteran. She is the CEO of Ideavation Labs, which assisted her in putting together her mission of developing a skincare line that would reduce, protect, and restore skin from blue light.”

RFLCT is the name of the new company, and its product line includes a cleanser, an eye treatment, a moisturizer, a mask, and a lip balm. They’re all free of parabens, silicones, phthalates, and fragrances, as well as blue light protection. They’re also cruelty-free and vegan.