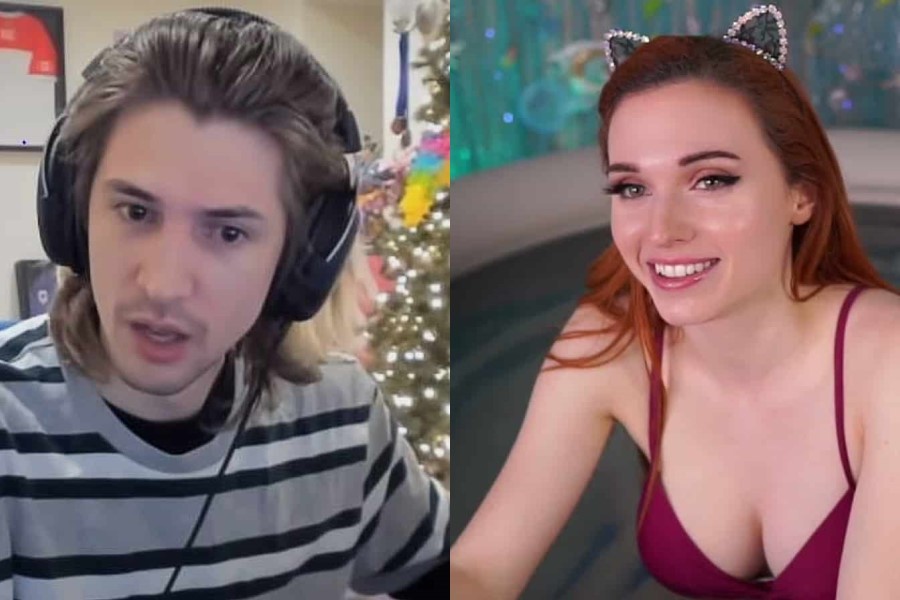 On Twitch, xQc is one of the most popular streamers. It goes without saying that he has a huge and devoted fan base that go out of their way to wish him a happy birthday every year. xQc celebrated his 26th birthday with his followers on November 12th. And the twitch star was taken aback when his followers surprised him by paying Amouranth, a well-known streamer and creator of OnlyFans content, to wish him a happy birthday.

After watching the ‘revealing’ video of Amouranth wishing him a happy birthday, xQc was taken aback. He exclaimed; “No shot! How much did you guys pay for this?”

Amouranth was seen in the video wearing a revealing attire wishing xQc a happy birthday. In the video, Amouranth stated; “Hey Juicer Fam! Amouranth here! I hope you’re having an amazing birthday. Happy birthday Felix. Hope it’s a great year for you.”

Fans told him that the video of Amouranth wishing him cost them $200. Because of this, xQc thanked his followers for their kind words and, of course, Amouranth’s ‘cameo’. He also urged his followers not to pay large quantities of money to his stream simply because it was his birthday. He expressed his gratitude; “Thanks for all the birthday wishes. You guys just being here all the time and watching all the streams, even when they’re dogsh*t, that’s a gift, okay? It’s a gift all year round. You don’t have to donate anything. Thanks for just being here. Much love.”