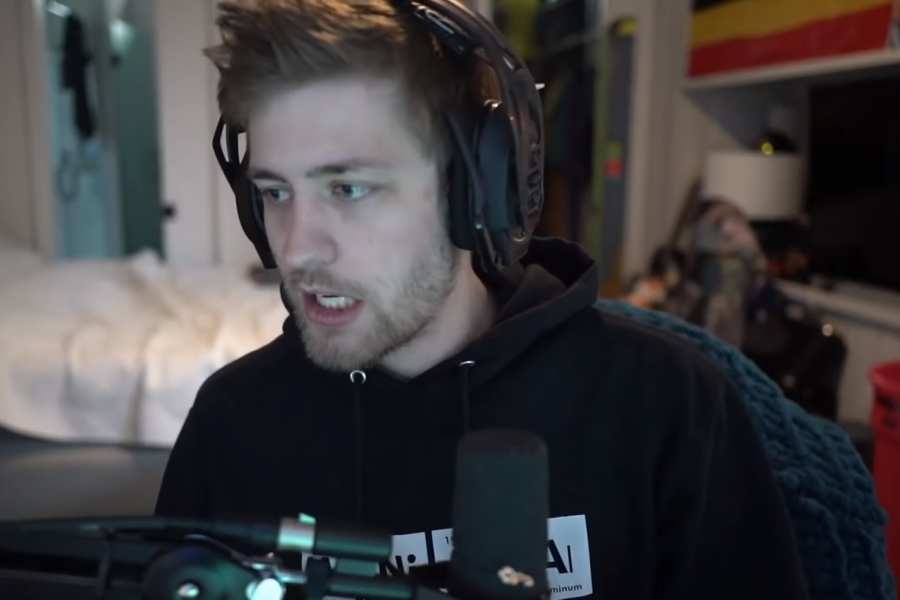 During a game of Crab Game, Twitch streamer Sodapoppin came across an amusing sight, which drew amusement from his viewers. Early in the game, the streamer would frequently perish, forcing him to see other players on the map. Morris’ lobby was filled with his friend Marcus “Dyrus” Hill, with whom he had a great time watching the game.

Sodapoppin joined a Crab Game lobby with many other streamers during a recent stream. Marcus “Dyrus” Hill, who he has known for several years, was among the crowd. Early on, Sodapoppin was routinely eliminated from matches. So, he began to observe the other gamers in the lobby, particularly Dyrus.

Dyrus and two other players were once left alone to play the Ice Bridge minigame, which resulted in this funny scene. Dyrus and Jon “0turan” were left to try to cross the bridge at their own pace after one of the players had reached the goal quickly. Because the game allowed users to push individuals to their deaths, the two were afraid of each other. Dyrus had the idea to shove 0turan off his platform and jumped at him as he went forward. The former, sensing a glimmer of what the other was thinking, said: “I’ll let you jump, I won’t kill you, I won’t kill you.”

0turan made room for the other player, believing he had made a friend. 0turan, on the other hand, yelled in terror for Dyrus to stop as soon as he realized what was going on. Unfortunately for him, Dyrus showed no mercy as he pushed him off the platform.

Dyrus persisted in his pursuit of the goal, but Karma caught up with him swiftly, and he was eliminated after just missing the final platform. Sodapoppin walked away from the camera, unable to stop his laughter.

Dyrus was able to witness yet another wild moment, which Sodapoppin was able to observe. In another match, the latter was able to complete the legendary Glass Bridge minigame from the Netflix series Squid Game. Another player blocked him and threatened to shove him off, implying that he would do the same to him as Dyrus had done to him.

However, as Dyrus jumped on the platform, the other player glitched through the floor and tumbled down, putting him out of the game.

Sodapoppin, who was watching the entire scenario from the perspective of Dyrus, burst out laughing.