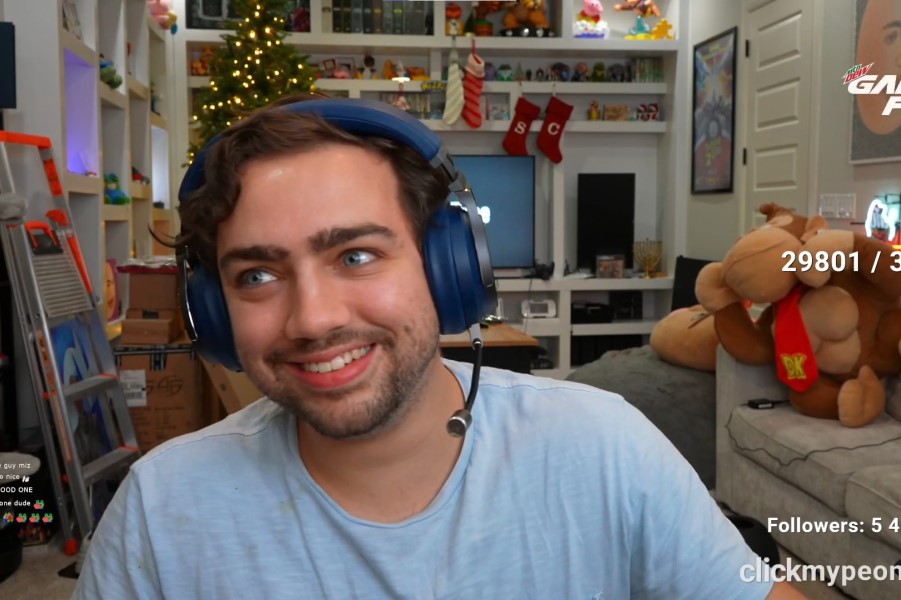 Adrianah Lee’s charges of sexual assault and harassment against CrazySlick were brought to light again on September 19, 2022, after Tyler “Trainwreck” Nicknam publicly criticized Matthew “Mizkif” Rinaudo for allegedly covering up the incident.

Since then, other Twitch streamers have provided their opinions on the matter, including Maya Higa, Félix “xQc” Lengyel, Emily “Emiru Schunk, and many more. Mitch Jones was one of those streamers who talked about the event and who was purportedly present when Mizkif allegedly gaslighted Adrianah Lee and covered up the sexual assault. Following his comments, Mitch revisited the subject on a Twitch Livestream on October 22, 2022. However, Mitch promptly refuted those allegations when asked if he was attempting “to cancel Mizkif.”

On October 22, 2022, Mitch was playing and enjoying World of Warcraft while streaming the game when he saw activity on his Twitch chat. The streamer saw some users were being timed out, perhaps by moderators after reading over the comments, but Mitch wasn’t sure why.

Further research revealed a comment referencing the September incidents involving Adrianah Lee’s renewed accusations and his confession regarding Mizkif. The comment came from a timed-out user and read, “Hey Mitch, I hate you for trying to cancel Mizkif. You’re a rat, and I hope you lose everything.”

After making this assertion, Mitch continued playing World of Warcraft without further comment. Despite this, some viewers continued to query the streamer about his meaning when he said that Mizkif had urged him to “stay quiet.”

It’s possible that whatever Mitch wants to confess or share regarding the incident would most likely spark more controversy, one that could drive Mizkif to permanently leave Twitch. Mizkif will start streaming again on October 10, 2022.