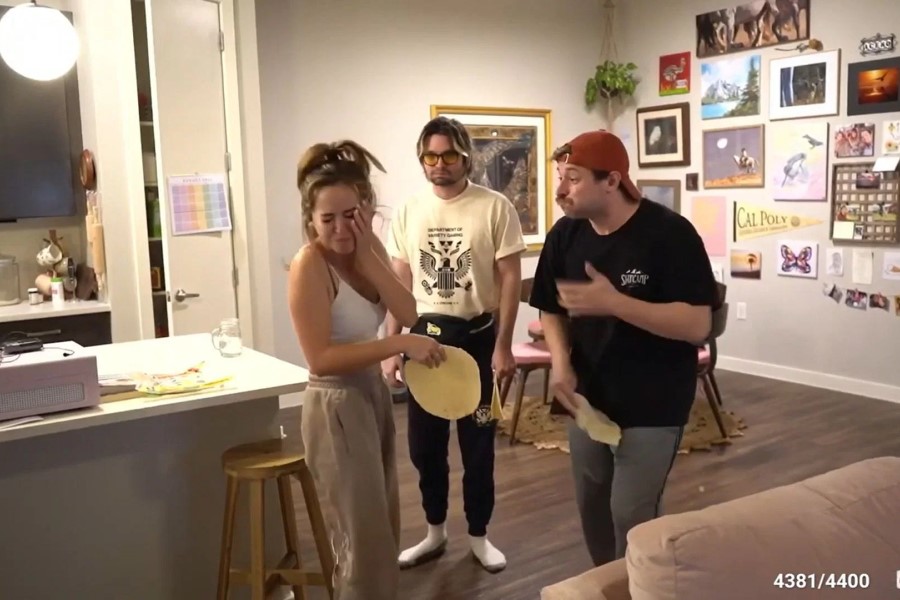 Rich Campbell, a Twitch streamer, just smacked Maya Higa during their livestream, which is a fairly intriguing turn of events, and the internet is enthralled.

The well-known personality and his close friend and fellow streamer Maya Higa played a game of rock, paper, scissors during the show on August 6, 2022. Viewers gasped in shock as Rich slapped Maya in the face with a tortilla after she lost the round. Unsurprisingly, the video exploded in popularity on Reddit and Twitter and received a flood of comments from viewers.

In the broadcast, Rich Campbell and Maya Higa can be seen engaging in a funny variation of the classic game of rock, paper, scissors in which the loser was had to receive a hard tortilla slap from the winner. The challenge generally entails both participants putting water in their mouths before hitting the loser in the face with a tortilla. The goal is to avoid hitting someone or laughing too hard and spilling any water.

After Maya’s defeat, Rich Campbell slapped her harder than he would have liked, causing her glass to fly off her face and across the room. The Dota 2 caster ran to Maya for a hug as she was desperately trying not to drop the water, and what followed next was a funny chain of events.

Rich was unable to contain his laughing any longer and spit water all over her when she fell to the ground in an effort to prevent letting the water out of her mouth. Naturally, the video rapidly spread on social media, where viewers were more than happy to share their thoughts on what happened.