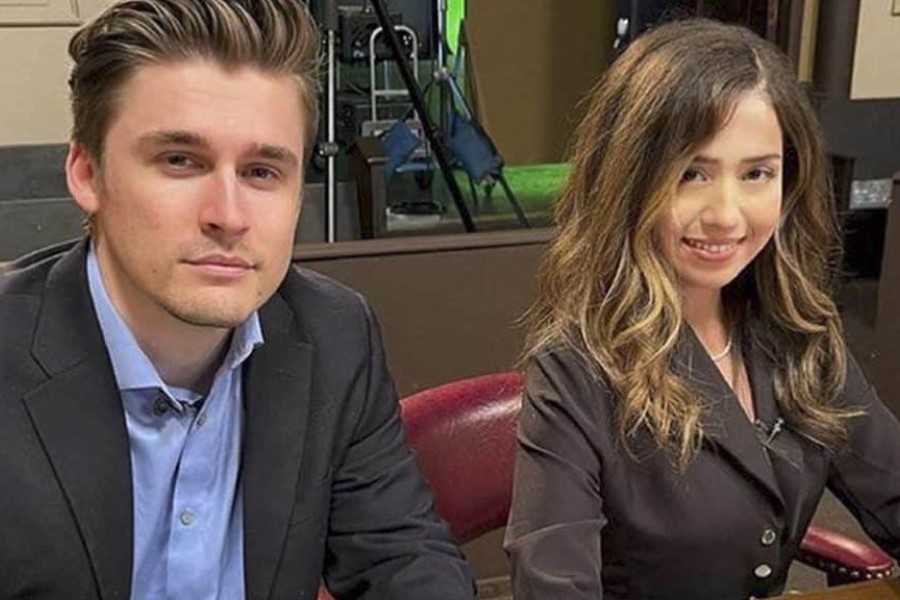 The ongoing defamation hearing between ex-spouses and A-List celebrities Johnny Depp and Amber Heard has captivated the internet. Depp is suing Heard for defamation after an op-ed she wrote for the Washington Post in 2018 about claimed abuse she’d allegedly undergone at the hands of Depp. The topic has sparked a lot of discussion online (including a Starbucks that went popular on TikTok for employing tip jars to allow customers to vote for Depp or Heard), with influencers and other celebrities offering their opinions.

One of the more unexpected posts to emerge from the hearing occurred after a Twitter user discovered a connection between some trial staff and an older meme. Ludwig Ahgren and Imane ‘Pokimane’ Anys, two prominent streamers, appeared in a sketch video for Offline TV last year, dressed up in fancy professional attire in a courtroom environment.

“These are my lawyers dawg… Nahh I’m going to jail,” a caption on a photo of the two stars went popular on Twitter, collecting over 124 thousand likes.

One Twitter user linked the amusing photo to two witnesses at the Depp vs Heard hearing, noting that they looked suspiciously like Pokimane and Ludwig. Ludwig recognized the amusing similarity and responded, “We’re doing our best.”

At the time of writing, the tweet had over 17k likes and had sparked a few humorous memes, with some internet users picturing how an actual court case with Lud and Poki as lawyers would play out. Thankfully, it doesn’t appear like these two streamers will be appearing in court anytime soon – but Ludwig did recently broadcast his thoughts on Depp and Heard’s situation.