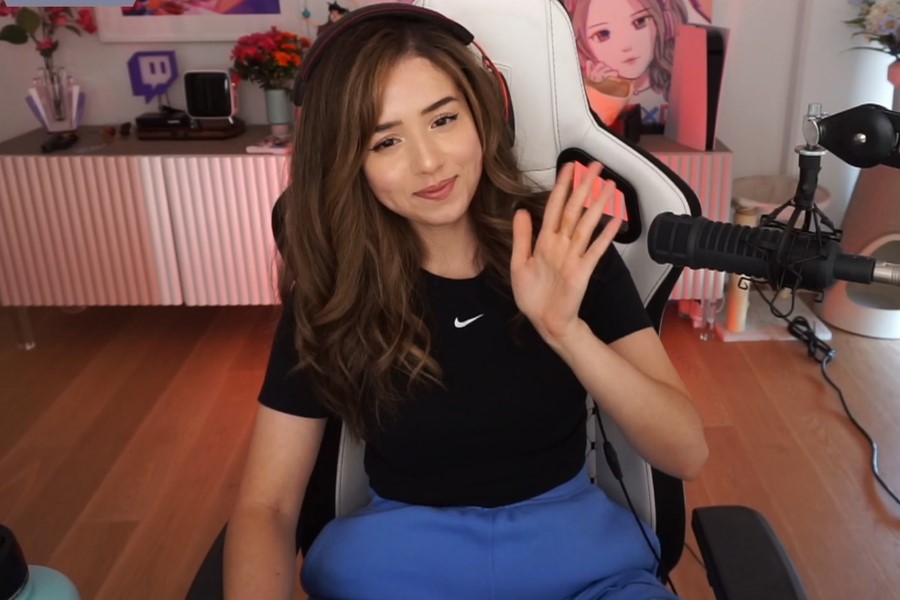 Pokimane asked her supporters how they spell their names earlier today, adding that she was doing so for a friend. On Twitter, the Twitch queen made a Death Note joke.

She also tweeted photos of herself in various stances, showing her stunning gown. Poki appears to be in a happy mood, and her dress has become the talk of the town after her gorgeous Coachella outfits.

Furthermore, many well-known people, streamers, and followers reacted to her message. Many others responded to Poki’s tweet, including Connor, Tyler Scheid, NRG EE, Nick Polom, Leena, Joseph Winkler, Grizzy, and many others. The community undoubtedly enjoyed it, and Poki has provided no other information. Fans can expect to hear from her again in the near future.

Pokimane joyously voiced the same sentiment on April 25th. Look through the photos and appreciate her beautiful gown. It appears to be a hoodie with a stylish black and white design featuring an anime girl. Poki’s overall appeal is further enhanced by the black boots and net leggings. To be honest, her ensemble appears to be just as amazing as her Coachella ensemble. Furthermore, many people in the comments have shown their admiration for Poki’s outfit in their own unique ways.

Some people thought it was cute, pretty, and nice, while others thought it was just too hot. They aren’t entirely incorrect. Poki and her ensemble appear to have been the talk of the town.

The world’s most successful female Twitch streamer, according to some estimations, has over 9 million subscribers. Pokimane is well-known for her amusing gaming material, but she also has a large following on other social media sites. Here you can learn everything about her. Pokimane’s tweet has only been up for a day and is already making waves.

Her post received a lot of retweets and likes in just a few hours. Her fans also flooded the comment section with their opinions. Some fans have really expressed their name with a good pronunciation explanation, in addition to admiring Poki’s adorable clothing.