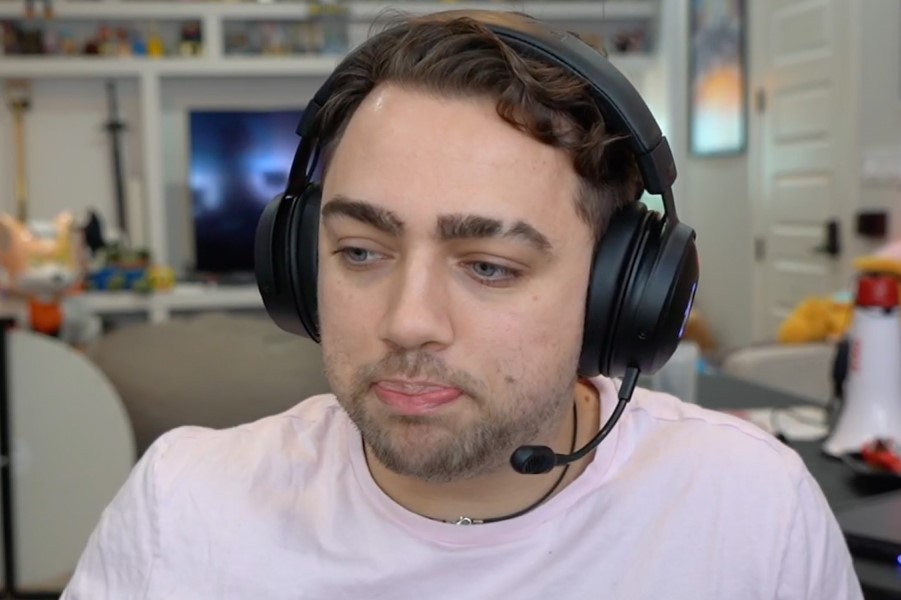 Matthew “Mizkif” Rinaudo is no longer permitted to use Twitch’s streaming service as of January 13th.

Mizkif is currently suspended from the OTK board, despite the fact that he is still officially a member of the company. Mizkif became the subject of a significant uproar after he was charged with attempting to cover up allegations of sexual assault made against fellow streamer Slick last year. Following that, text conversations were discovered in which Mizkif had used homophobic and racial slurs. While taking a lengthy vacation from streaming and apologizing, Mizkif was never truly banned during this time. A Twitch ban has now been imposed on Mizkif for “aiding account suspension evasion.” Fans may only speculate as to how Mizkif assisted “account suspension evasion” because Twitch seldom ever tells streamers the exact point during a stream that led to their ban. Viewers of Mizkif have suggested two scenarios as to what would have led to the ban: either he recently had a visitor on his stream who had a banned Twitch account, or he watched content created by a banned streamer.

Twitter users claim that Mizkif just viewed a video from Gross Gore on his broadcast, which might be against Twitch’s terms of service given that Gross Gore was permanently banned from the service in 2021. Gross Gore was accused of sexual harassment and several other major violations, which led to his permanent Twitch suspension.

It is unknown if Mizkif’s most recent Twitch suspension is indefinite or if he will rejoin the broadcasting service. Given that this would just be Mizkif’s second Twitch ban and that the majority of streamers receive numerous strikes depending on the seriousness of their infraction, it does appear possible that Mizkif will be allowed to rejoin Twitch at some point in the near future. The return of Mizkif to Twitch has not gone well. Due to the lack of enthusiasm from viewers, he abruptly stopped a Twitch Plays Pokemon event.

More recently, Mizkif wounded himself while lifting weights on stream. It will be fascinating to see if Mizkif returns to Twitch and whether or not things improve for the controversial streamer.