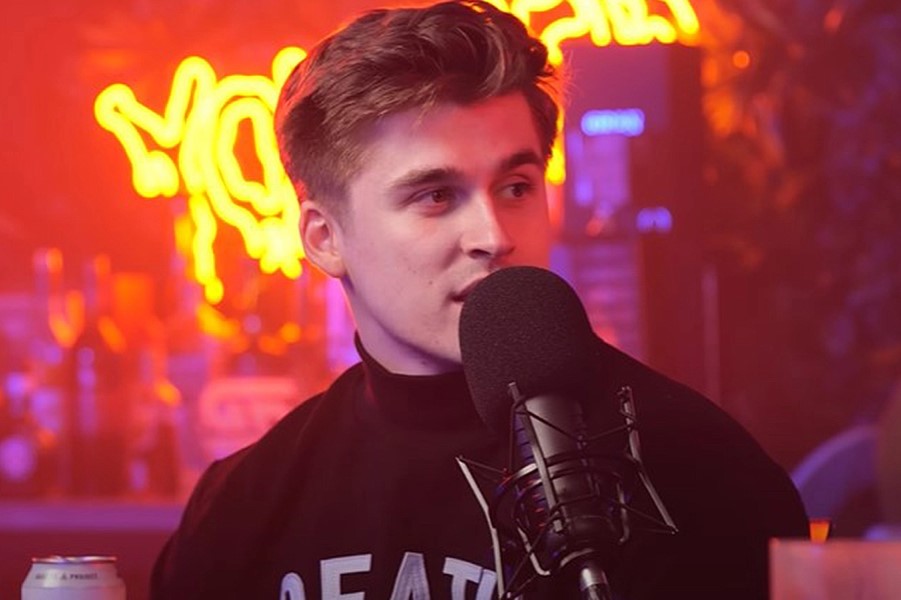 Thanks to fellow content creator Valkyrae, Ludwig will now permanently ink the Twitch logo on his palm after promising to get a tattoo during his charity stream.

Ludwig followed up his renowned Twitch subathon on November 20th with a 50-hour charity stream. The objective of Subathon 2.0 this time around was to raise $300,000. In the last hour of the program, Ludwig struck a deal to reward his supporters. The top four donors got to suggest a tattoo, and viewers who were watching in real time voted on their favorites. Then he would tattoo whatever received the most votes on his palm.

Ludwig said; “Alright here’s the situation. There’s an hour and some change left in the stream… The big goal is that at $300,000 I will allow the top four donators from now until then to have a suggestion for what I tattoo on my body. Include in the donation what you would want to have tattooed on me. It’s gonna be on my palm. Maybe it’s a word, maybe it’s a small picture. Can’t be too big realistically”.

Ludwig continued, “I’m gonna take all four of the top suggestions and then chat is going to vote on which one I tattoo on my body. Maybe it’s the Twitch logo, maybe it’s your Twitter.”

QTCinderella, Ludwig’s partner and a different content artist, donated right away and offered that he get a tattoo of her on his palm. But this wasn’t a fellow YouTuber’s only sizable gift. They were all large, but Valkyrae’s was the largest. Ludwig called her on Discord after giving $15,000 to discuss the tattoo concept she had in mind. Rae was initially perplexed and burst out laughing since she didn’t believe she was required to offer a suggestion. Her first advice was for Ludwig to get a tattoo of her YouTube username on his palm when he detailed the issue to her.

She suddenly changes her mind, though, and decides that he should receive the Twitch logo instead. Ludwig mockingly advised others to “stop sending,” but the $300,000 mark was quickly reached. After that, Ludwig started a poll with the four tattoo possibilities for the final ten minutes of the stream. These featured the “Jerma Sus Face” tattoo, the “coots” tattoo, and the Twitch logo.

The choice between the coots tattoo and the Twitch logo was the deciding factor in the poll. Additionally, there was some wrongdoing even though over 15,000 people gave. During his Twitch live, xQc gathered his followers and implored them to cast their votes for the Twitch logo. This action probably tilted the scales in favor of the choice that received the most votes. However, Ludwig prematurely left the final poll, rendering it inconclusive. The content creator consequently made the decision to “get a tattoo that includes coots and a small Twitch logo.”

Ludwig concluded the charity stream by expressing his gratitude to everyone who had contributed and watched. We’ll have to wait and see if Ludwig keeps his promise and gets the Twitch logo tattoo Valkyrae proposed.