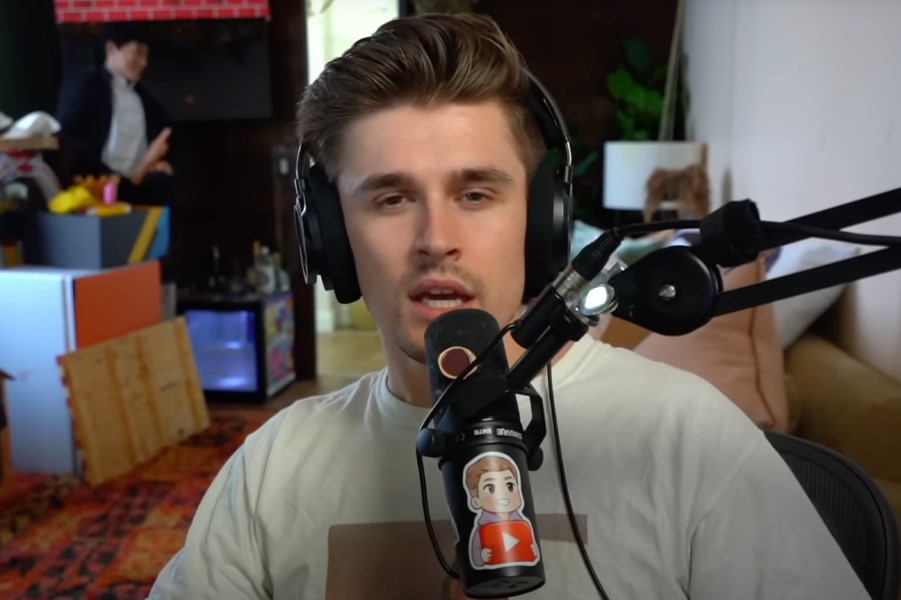 Ludwig Ahgren has previously been into trouble with YouTube. The streamer had previously had two DMCA-related bans for streaming illegal content within a week of switching to the platform back on November 30, 2021. He was briefly removed off the platform for it.

This time, Ludwig intentionally caused difficulties for himself in order to set a “world record for the fastest ban on YouTube.”

Ludwig tested how long it would take YouTube to ban him on yesterday’s stream, “SPEEDRUNNING A YOUTUBE BAN,” if he presented infringing video to his live audience. He initially played “naruto fighting dreamers” on YouTube after starting the speedrun timer. The Japanese band FLOW is responsible for this song with the title Go!!! One of the most well-known and recognizable elements of the anime, it is the fourth opening song for the Naruto series. Ludwig next opened a new tab, typed “soccer highlights” into the search bar, and then he played the highlights of the most recent Serie A match between Juventus and Salernitana.

While both of these pieces of copyrighted media were playing on his stream, Ludwig made a joke about the “power of the east and the west” while keeping an eye on the speedrun timer in anticipation of when YouTube will cut off his stream.

He even shouted when the timer reached 73 seconds; “where is the ban?”

However, his wish was quickly realized as the countdown reached one minute and 31 seconds and his stream stopped working. Ludwig later tweeted about this, claiming to have been banned from the site the quickest. Due to the stunt he pulled yesterday, the streamer has not yet faced any severe punishment. Yesterday, new films were uploaded to all three of his YouTube channels, and it appears that the platform might be trying to ignore this.