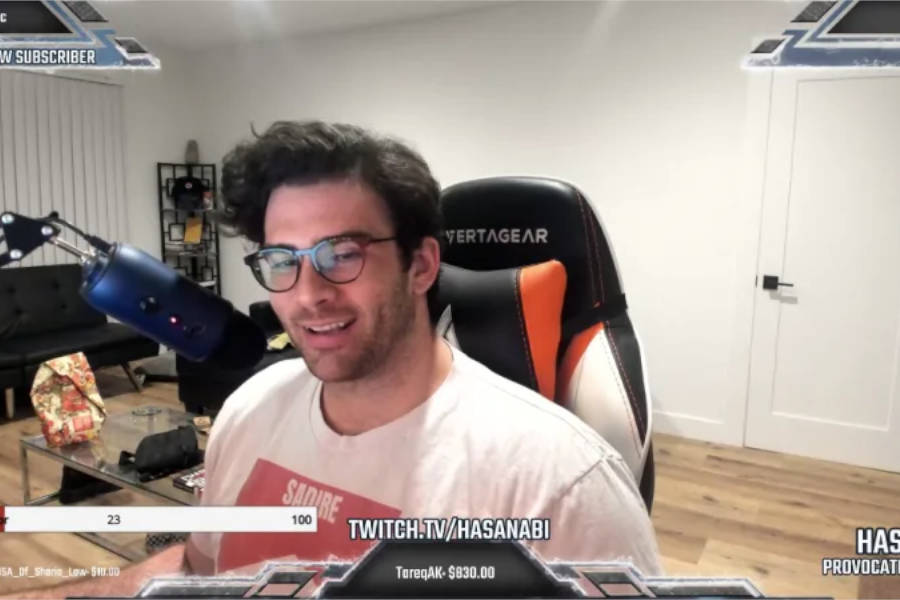 One of the most popular Twitch streamers Hasan Piker aka HasanAbi claims that he would have lost his partnership with the streaming platform if he had not consented to show advertisements during his broadcasts.

While Twitch began as a platform for players to demonstrate their abilities, it has evolved into much more. It’s evolved into a place where anyone can build themselves a career, even if they’re not the most skilled gamer.

The recent Twitch leaks showed some of the eye-watering sums that streamers have made over the last two years, giving detractors plenty of ammunition to go after the top broadcasters, including Hasan.

Twitch streamer Hasan has faced backlash in the past for broadcasting his subgoal on live television and even spending $2 million on a new home for his family. He’s also been criticized for running regular advertisements, despite the fact that his contract requires it.

Hasan takes a 60-second break at the top of the hour, which non-subscribers and non-Twitch Turbo members must endure. It may be inconvenient for some, but it is necessary.

In response to a viewer’s question about the need for the recurring advertising, Hasan began by saying, “I’ve talked about this a million times over my friend. Twitch has a massive inventory that is currently being unused and unrealized. I knew that the ad blitz that Twitch was coming regardless, and when they offered me a renegotiation for my contract I was forced to either not take a partner contract or take a partner contract where I could at least set the terms of how many ads I can run, knowing full well that Twitch is going to run ads if I don’t anyway.”

Hasan claims to have the “least amount of ads” among the top 100 broadcasters who have renegotiated their contracts. He, like many others, has “contractual minimums” for streaming hours, and the advertising are almost certainly factored into those terms.

As previously mentioned, Hasan’s top-of-the-hour ad break has become a feature of his streams, and some viewers actively encourage him to run an ad – though he may let it slip while he finishes a topic or video.