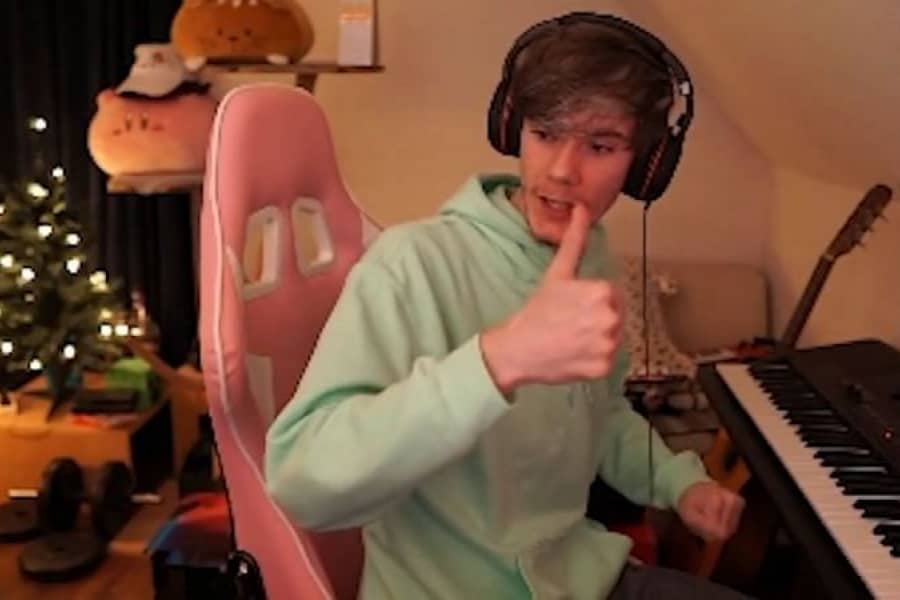 Minecraft players usually use a joystick or keyboard to create incredible things, but the popular minecraft content creator, Fundy has decided to turn his body into a grooving, danceable controller to traverse the land.

From controversial voting systems to speedrun debunking, Minecraft’s unlimited potential has been explored in a variety of strange and unusual ways. The sandbox’s longevity has surpassed all expectations. However, we’re confident that the majority of us who drop in for some peaceful building do so with our familiar controllers or mouse and keyboard setups.

YouTuber Fundy thought that a controller wasn’t enough for him, so he decided to conduct an entertaining experiment with his full body. When YouTuber Fundy was challenged to make his body into a functional Minecraft controller with only five days to complete his experiment, he faced a monumental task.

Using a camera to convey his movement to a custom server – which would handle the creator’s “big brain stuff” – the server would then transform his movements into identifiable inputs for the game.

Fundy was determined to get this crazy experiment off the ground, armed with the T-Pose, neutral pose, arms crossed, and, more crazily, the dab pose. After early attempts failed, he responded, “Yeah, erm, it’s going to take a little bit of work”.

It all came together with “beautiful, absolutely beautiful” outcomes after he used his “neural network” program to configure his grooving move-set. Fundy’s innovation is a sight to behold, breaking obstacles by “discoing” and T-Posing through the environment.

We don’t know what the next Minecraft craze will be, but we doubt this dance will catch on.