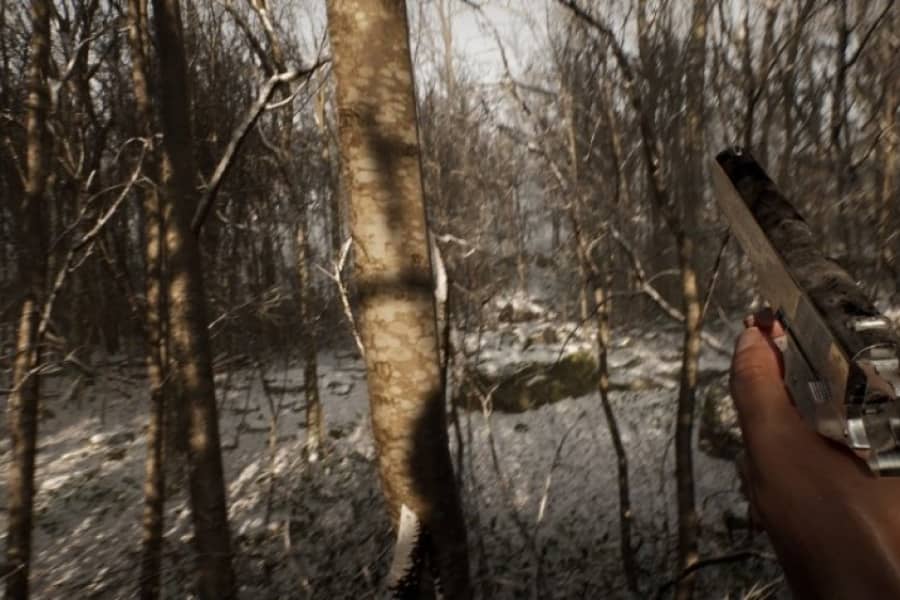 The studio behind the upcoming survival game Abandoned called Blue Box recently issued a statement requesting that people refrain from making death threats against them.

Another flurry of rumors about a new Silent Hill game began circulating on social media in June 2021, this time involving indie development studio Blue Box and its survival game Abandoned. Sleuths began to make all kinds of connections between Blue Box, Silent Hill, and Hideo Kojima, a former Konami designer. Perhaps Blue Box thought the alleged link would help promote Abandoned because the studio’s social media posts only added fuel to the fire.

The rumors about Abandoned and Blue Box quickly turned into speculation that the game in development was actually a Metal Gear Solid game. Hasan Kahraman, the game’s director, went on record as saying that Abandoned had nothing to do with Silent Hill or Metal Gear Solid, but it was too late. As fans of both franchises realized that Abandoned was just an indie game with a mediocre teaser trailer, their excitement quickly turned to disappointment and rage.

Blue Box issued a Twitter request that people refrain from making death threats against the Abandoned dev team and these threats have apparently been received both online and “physically,” presumably meaning in person, over the last few months. While the company understands the situation is frustrating, it does not warrant death threats, according to the message. Blue Box has been tracking IP addresses and video footage, which will be handed over to authorities.

It goes without saying that threatening the lives of others over a video game is irrational. Because of the anonymity of the internet, a subset of the gaming community has dared to act in ways they wouldn’t in real life, to the point where hearing about Blue Box’s death threats isn’t even surprising.

When Twitch streamer Hasan Piker bought a $2.7 million home in August, some of his followers labeled him a hypocrite and threatened his life, and Piker is just one of many content creators who face such backlash on a regular basis. Streamer xQc said he had to move because of excessive police raids in June, and he stopped going home a few months later because people kept breaking in.

Laura Bailey of The Last of Us 2 received death threats simply for being the voice actor for Abby, a character who was disliked by many players. Disgruntled “fans” have threatened Top Hat Studios, CD Projekt Red, and Square Enix in the past year, with the latter canceling a series of Starwing Paradox tournaments after the game’s management team was threatened. While many of these threats are nothing more than threats, they do occasionally result in violence. And, as Blue Box sadly felt compelled to point out, there are people behind the pixels on a screen.