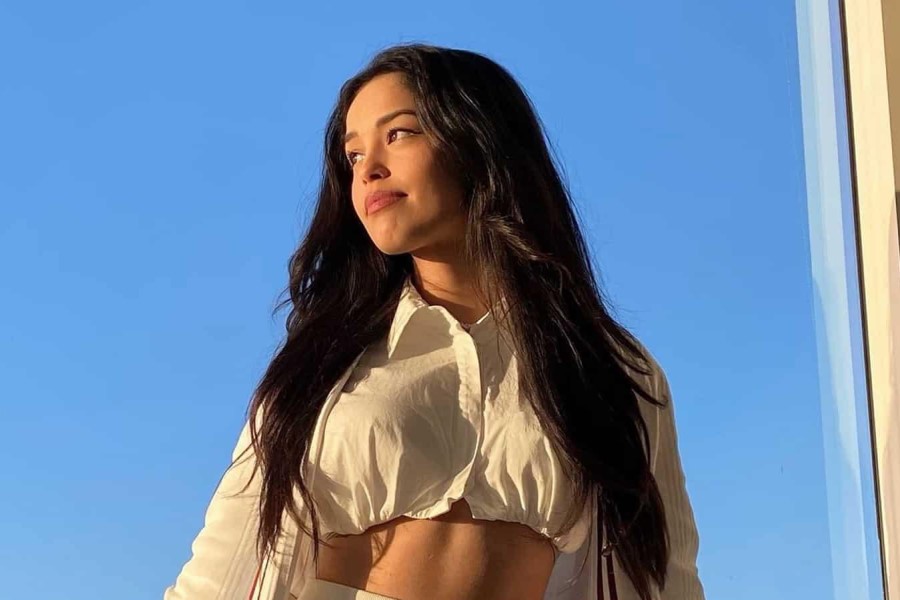 As a follow-up to her star-studded “Build a B*tch” video, Bella Poarch went all out for the music video for her single “Dolls.” We once more witnessed the appearance of her close companion Valkyrae, whose character unhappily meets a tragic end in the narrative. But behind the scenes, Valkyrae found the humor. Valkyrae and her friends decided to pay homage to an old-school meme when one especially flaming blast sounded all too familiar.

Valkyrae was observing the disorganized music video set design in a behind-the-scenes BTS YouTube video for the song “Dolls.” This contained open flames, mannequin arms, and furnishings that had been left unattended.

The cameraman then noted how much she matched the image from the viral “Disaster Girl” meme, in which a little girl mysteriously smiles at the camera as chaos erupts behind her. Then Valkyrae followed suit, turning to face the camera while the flames raged behind her. The two had a long day of filming ahead of them because they had to catch Valkyrae’s final moments in Poarch’s arms. However, in the long run, it undoubtedly paid off. As of this writing, ‘Dolls’ have 3.6 million views on YouTube. While since its July 16 publication, Valkyrae’s behind-the-scenes look has garnered 285k views.

Additionally, it was well-liked by her followers, who applauded the streaming star for creating “such amazing work” and for her “cool” BTS vlogs.