xQc To Start His Own Podcast 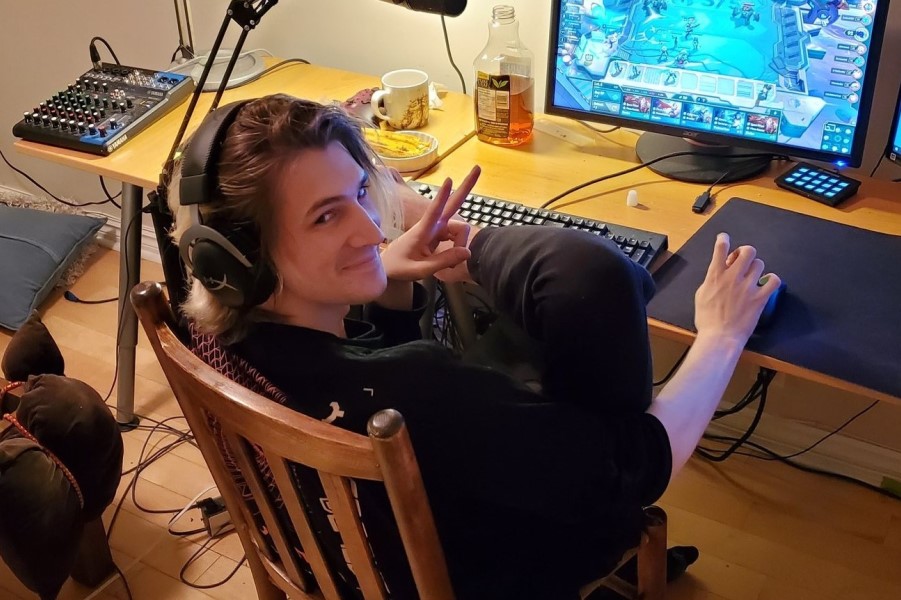 The top streamer on Twitch, xQc, has hinted that he may be preparing to start his own podcast in addition to his regular shows. He teased the idea and the identity of his first guest.

For content creators, podcasting has grown hugely popular. YouTubers, streamers, and others are all establishing their own mini-talk shows and inviting their famous friends to join them for a chat. Additionally, these endeavors can be quite lucrative. For example, Spotify acquired Joe Rogan’s podcast from YouTube for $200 million, while KSI stated he turned down a $10 million offer to launch his show.

Even though it’s still very early for xQc, it sounds like he is giving the podcast idea some thought.

On September 12th, xQc was watching some of the Swedish streamer Forsen’s channel. Forsen has been a well-known figure on the site since its inception in 2011. xQc said; “Guys, one day, I’ll open up my insane new idea podcast. I’ll have Forsen as the first guest. It’s going to be a big interview.”

The fact that Forsen is a bit of a mystery is one of the reasons xQc wants to have him on his potential podcast. Like xQc himself, he rarely engages with the larger streaming community, plays a variety of games, and keeps things simple with a modest broadcasting setup.

xQc even asked his chat, “people who watch Forsen, why doesn’t he want to be around other people these days?”

However, other chatters brought up the fact that Forsen really conducted his first interview in seven years with the gaming-specific supplement company MADMONQ back in June. As for an interview with xQc, that is unquestionably something that fans would be interested in seeing.