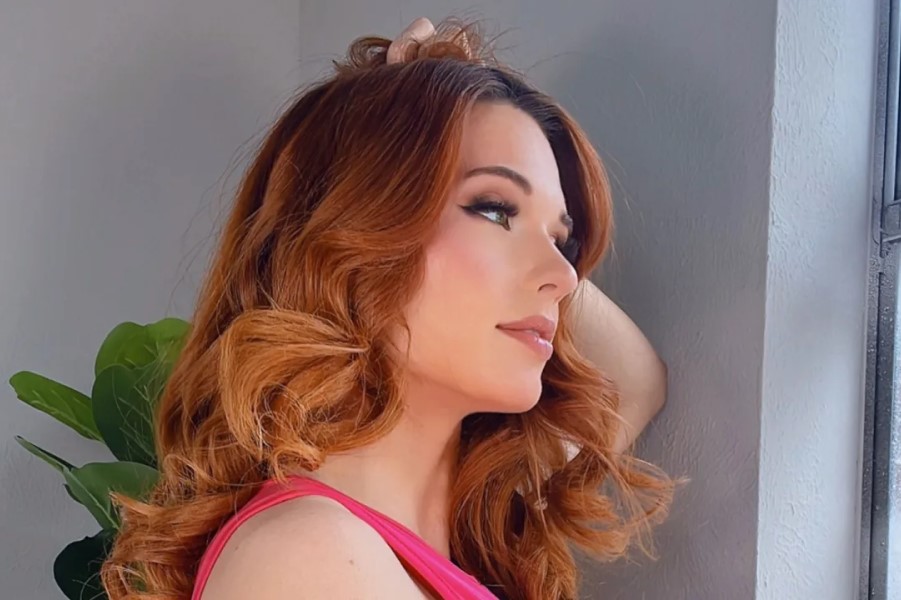 Amouranth is one of the top Twitch broadcasters, and she has millions of fans across all of her social media accounts. She can still draw inspiration from other content creators and streamers despite her success and fame.

The 28-year-old ‘ASMR and Hot-Tub Queen’ recently spoke with gaming journalist Jake Lucky on Full Squad Gaming’s Twitch channel and shared the streams she admires. Amouranth discussed a variety of life themes in a recent interview with Jake Lucky, including her early years. But the most intriguing aspect of this conversation was when Lucky asked Siragusa if she had ever been influenced by or followed any other creator in her early life or even now.

Amouranth said; “I like the IRL type of creators. I think Kai is really cool. Adin Ross has really fun content too.”

It is hardly surprising that these two successful and youthful Twitch streamers are inspiring her. American Twitch streamer Kai Cenat is well-known for his IRL and Just Chatting channels. He has already surpassed other streamers on the Amazon-owned livestreaming platform in terms of subscriber count at the age of 20. With 6.9 million followers, Adin Ross is a well-liked streamer on the purple platform. He began with GTA and NBA 2K streams before transitioning, like Kai Cenat, to IRL and Just Chatting. Additionally, he recently worked with Amouranth in a livestream.

The majority of well-known streamers began their careers on the purple platform with gaming streams, making gaming the most important genre there. Siragusa, though, explained why she did not hold the games developers in high regard.

She said, “I can’t replicate that very well. Cause I just get bored playing games at times.” She went on to explain why she enjoyed IRL streamers; “The exception is Pokemon and Overwatch, I can play them for hours. But every other thing I just can’t focus on that long. Rather be out doing stuff and interacting with people. That’s probably the people I look up to content-wise.”

It would be intriguing to see whether Amouranth, who has already collaborated with Ross, does the same with Adin Ross and Kai Cenat.