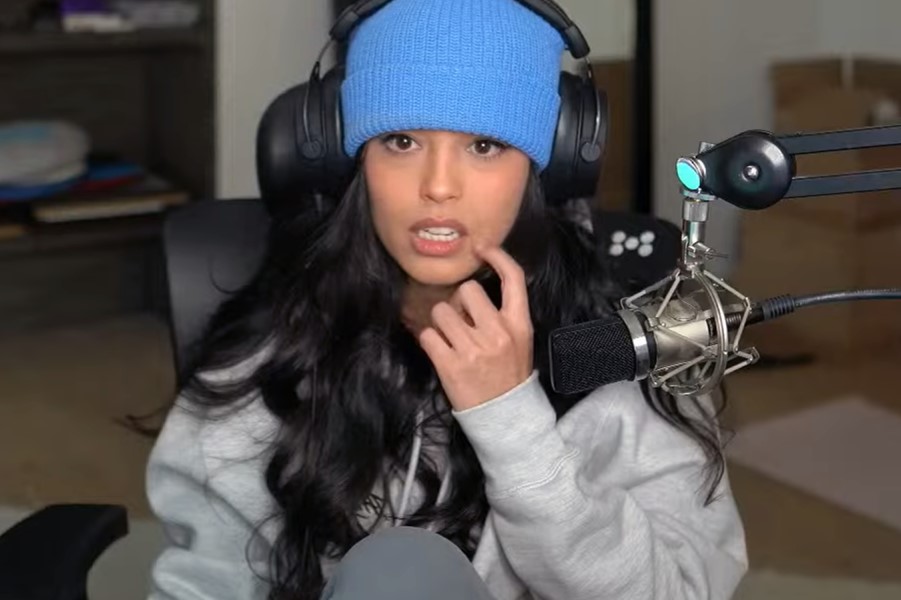 On September 10, 2022, Valkyrae was revealed in an amazing revelation in New York City’s Time Square. Valkyrae was highlighted in a “game-changing” commercial on a billboard.

Gymshark’s enigmatic teaser commercial, which invited passersby to “come say hihihiihiiihi,” revealed the British fitness brand’s first collaboration with a gaming influencer. Following the revelation, the Valkyrae and Gymshark collaboration gained popularity online, with the hashtag #ValkyraeOnTimesSquare trending on Twitter. Valkyrae said on Twitter on September 8, 2022, that she will be departing the Twitch Shitcamp 2022 event early in order to “head to New York,” and she thanked Twitch streamer QTCinderella for hosting her.

The YouTube Gaming streamer didn’t explain why she left early at the time, but after retweeting a Gymshark post showcasing their teaser ad, interest was rapidly generated. Fans naturally began to speculate a lot, with one tweeting, “Are we getting a new brand deal […] is she the next ambassador?”

Hasan Piker and Sykkuno, two content creators, appear to have known about the mystery, as Hasan tweeted earlier that day, “I’m live [on Twitch] in NY for a super secret super special billboard reveal.”

The YouTube streamer tweeted, “Incredibly excited to announce I’m one of the new faces of Gymshark,” shortly after the formal announcement of the New York Times Square advertisement confirming Valkyrae’s agreement with the company. In line with this, Gymshark also made the new collaboration official on its Twitter page.

Thousands of fans congratulated the internet celebrity as thousands of people applauded the announcement.

Sykkuno, Corpse Husband, CouRage, Nickmercs, and many other well-known influencers and broadcasters also added their voices, all of whom expressed their support.