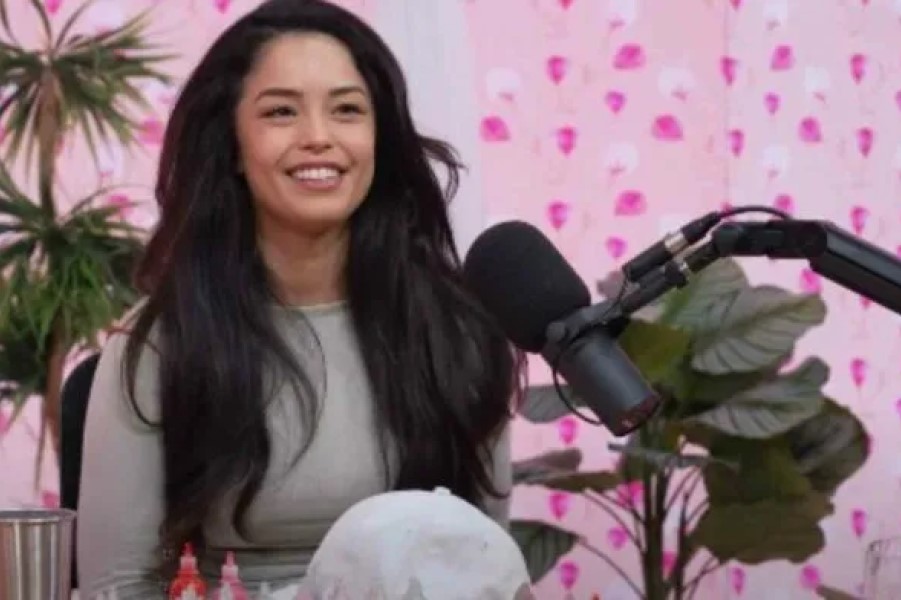 After a lengthy wait, Pokemon Scarlet and Violet are now available. There has been a lot of disapproval of the new game due to its problems and lag.

Fans continue to play the newest releases in spite of all the problems. The new Nintendo Switch game is being streamed by numerous streamers, including Valkyrae, Sykkuno, and Fuslie.

Thanks to her personable livestreaming style and video game-related content, Valkyrae is the most popular female streamer on YouTube. With her friends and other streamers like Sykkuno, Fuslie, and Kkatamina, she participated in a recent live stream where she played the just released Pokemon Violet. Rae’s reaction to a Shiny Pokemon, however, was 180 degrees different during the live stream.

Scarlet and Violet are the first games of the ninth generation of Pokemon games from Nintendo. Many brand-new features were included in the two new games, but some older ones were also returned. Shiny Pokemons were still common in the Paldea-based games. Recently, Valkyrae and her pals were swimming along a stream in search of good water Pokemon. The 30-year-old discovers an unusual-looking Veluza while exploring. Rae is therefore delighted to come across a Shiny Water/Psychic-type Pokemon.

Valkyrae tells her friends about the rare Pocket Monster. And Fuslie said that Veluza evolves in Cetitan, but she then changed her mind and said that it hasn’t evolved at all. After learning about the Pokemon’s transformation, Valkyrae lost interest in it and declared, “I might just kill it.” Everyone intervenes when Rae attempts to punch the Shiny Veluza and is stopped by them. They inform her that it is a rare Shiny even if it doesn’t develop. For those who are unaware, Shiny Pokemon have different colors than their regular counterparts. A Shiny variety is 1 out of 4096 times likely to be found.

A 3-Star Haunter raid caught Fuslie’s attention, and she invited Valkyrae and Kkatamina to join as well. The three roommates then made the decision to call Sykkuno and began yelling.

Since Sykkuno resides above her room, Fuslie even started hurling objects at the ceiling to get his attention. After a while, the streamer for Among Us arrived and announced, “I’m here already cause I heard some yelling.”