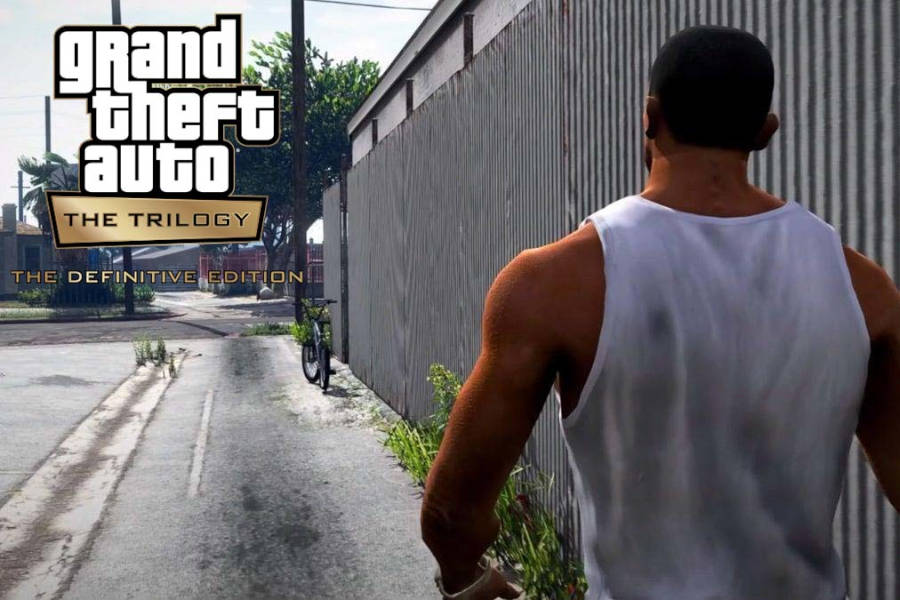 GTA: The Trilogy Definitive Edition said that it is set to bring three classic Grand Theft Auto games back to life. New updates including modern weapon wheel and minimap, have been revealed in a new San Andreas gameplay leak.

GTA: The Trilogy Definitive Edition is one of the most eagerly anticipated games of the year, and fans can’t wait to play these modern remasters of gaming classics and one of the most intriguing aspects is how the classic open-world games will be updated to appeal to modern audiences.

GTA V players will recognize the features, which appear to have been plucked from the most recent game in the series and dropped into the old faithful. It’s clear from the screenshots that the minimap is much cleaner and brighter, making getting from point A to point B much easier.

Fans will also be relieved to see that the weapon wheel, which has become a standard feature in recent games, has been included. Gone are the days of haphazardly scrolling through your guns only to skip over the RPG.

This footage also demonstrates the improved graphics, which are a huge improvement over the original PS2 game and also the improved draw distances are also in full effect, with the entire city of San Andreas visible on the horizon.

Although the leaked gameplay only shows the new version of San Andreas, the weapon wheel and new minimap are expected to be added to GTA III and Vice City to give each game a new feel.

We’ll have to wait until the full GTA Trilogy package is released to see all of Rockstar’s modern touches, but the digital version is set to release on November 11, 2021, so the wait is almost over.