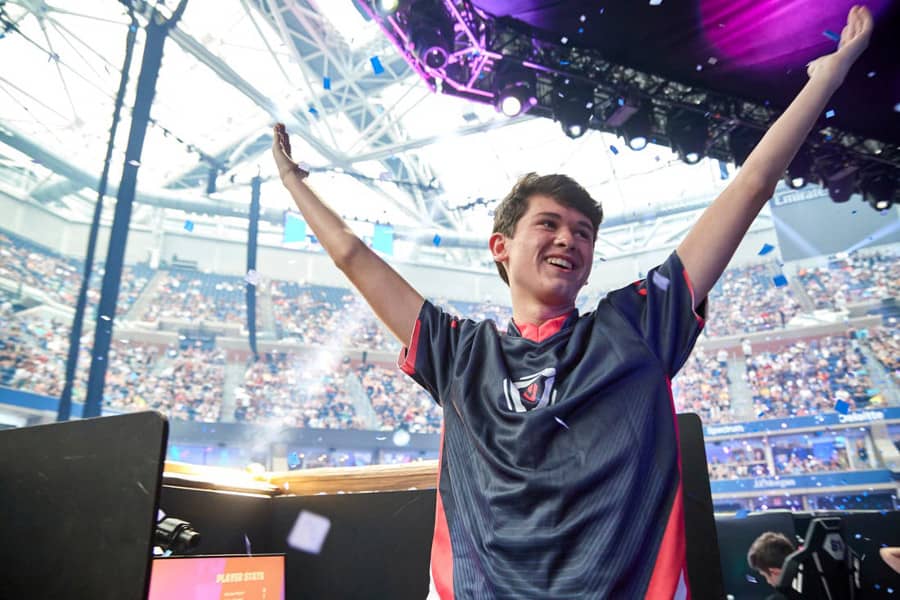 Step, the all-in-one financial solution built for the next generation, today announced an exclusive partnership with Sentinels Pro’s Kyle “Bugha” Giersdorf, the Fortnite World Cup Champion and two-time Esports Player of the Year. The partnership aims to give teen gamers access to modern financial products that will help them make gaming purchases, manage their esports winnings responsibly, and improve their gameplay, including a one-of-a-kind opportunity to train with Bugha himself.

Gaming is hugely popular among Gen Z consumers, with an estimated 45 million teenagers in the United States playing video games, accounting for 20% of the industry. This number is expected to skyrocket in the coming years as more teenagers, like Bugha, aspire to turn their hobbies into full-time jobs in the competitive esports circuit.

The 16-year-old Pennsylvania native won the inaugural Fortnite World Cup in 2019, defeating 40 million players for the title and a $3 million prize. Bugha is currently ranked as the 12th highest earner in all of esports, and he recently added the title of Step investor to his resume. Fortnite, on the other hand, has grown to become the third most popular game in the world, with over 350 million registered players and over 3.2 billion hours of gameplay per month. However, as more teen gamers shift to competitive play––with prize pools of $6 million on the line––it’s revealed several gaps that must be filled in order to meet their modern financial needs.

Many Gen Z gamers don’t have access to their own financial tools because 34% of teenagers are still unbanked. There’s still a lot of reliance on their parents, whether they’re looking for a way to pay for game upgrades or need a place to put their esports earnings. As a result, teen gamers have very limited access, personal ownership, or financial responsibility. The Step x Bugha collaboration is a first step toward addressing some of these long-standing issues and allowing teens to enjoy gaming on their own terms.

This partnership will help teen gamers prepare for their futures both on and off the screen over the next year by providing critical financial tools, education, and first-hand gaming experiences with Bugha. Additionally, each stream will feature a $5,000 prize pool, with one lucky gamer receiving a scholarship to help them pursue esports professionally, following in Bugha’s footsteps.

As Step’s Founder and CEO, they aim to strive to become a more important part of our customers’ lives, we’re redefining what it means to be a trusted financial partner by providing exclusive experiences with top creators to inspire teens in choosing their career.

Step was founded by financial industry veterans CJ MacDonald and Alexey Kalinichenko to provide financial tools to teens and their families for today’s modern banking needs, as well as to promote future financial literacy. From companies like First Data, Google, Gyft, and Square, the founding team has over 50 years of combined financial technology experience. Coatue, Collaborative Fund, Crosslink Capital, General Catalyst, Stripe, and other prominent investors have backed the Series C company, which has raised more than $175 million in venture funding. Step’s financial products are backed by Evolve Bank & Trust, a member of the Federal Deposit Insurance Corporation (FDIC) and insured up to $250,000.