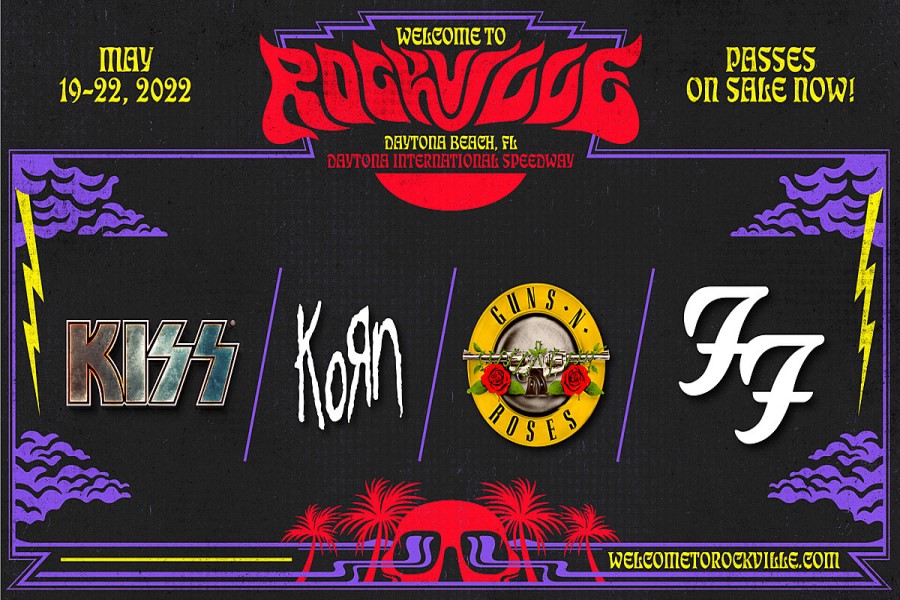 The headliner lineup for the Welcome To Rockville festival in 2022 has just been revealed. The event will take place at the Daytona International Speedway, which is currently hosting the 2021 festival. The headlining acts for the festival, which will take place May 19-22, 2022, have been announced as Guns N’ Roses, Foo Fighters, KISS, and Korn.

Slipknot, Metallica, and Disturbed are among the festival’s headliners this year. The festival has been quite eventful, and some of the sets have been live streamed on streaming platform Twitch (with the exception of Metallica and a few other bands).

Last Thursday, November 11th Slipknot kicked off the festival, and vocalist Corey Taylor addressed the Astroworld tragedy, in which nine people died and hundreds were injured. He emphasized the importance of everyone watching out for one another, regardless of which concert they are attending and said that if you have eyes, you must keep them open, focused, and on the lookout for one another..

The same night, Sophia Urista of Brass Against invited a fan onstage and urinated on his face. After the stream stopped, the man rattled off a few arm pumps and sprayed pee from his mouth, as if he was enjoying his golden shower.

Tickets for the Welcome To Rockville festival in 2022 can be purchased for $10 here. Keep an eye out for more information about the upcoming festival.