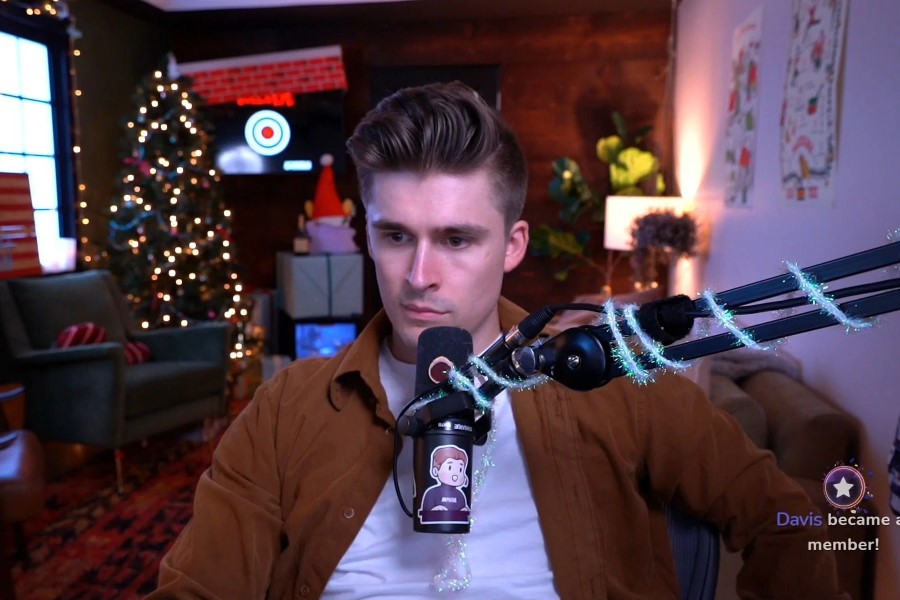 He was commenting to the song and discussing how he frequently appears in Bella Poarch music videos when he suddenly received a copyright alert from YouTube informing him that it had discovered copyrighted audio and video on his livestream. Ludwig pointed out the copyright notification after being startled by it and said: “Okay, Bella, what the f**k? Bella, are you really going to take down my stream right now? All right, dead a**. Are you really taking down my stream right now?”

Dolls, the third single from Bella Poarch, was finally made available on July 15th after months of anticipation. The four-minute song, which was a hit right away, garnered 6.3 million views and 527,00 likes in the first five days of its release, as was to be expected. Numerous well-known streaming stars and online influencers, including Valkyrae, Mizkif, Sykkuno, Dream, and many others, unexpectedly made an appearance in the film. Ludwig also appeared in a cameo role as an employee of a wicked doll manufacturing company.

The YouTube Gaming streamer discussed his involvement while watching the music video with his followers during a recent livestream. He began by stating: “He does it again! How do you go back-to-back? Someone explain to me how you go back-to-back? Yeah, I did make Bella Poarch’s original music video, INFERNO, what it is today, when I opened the door as a bell boy, bell boy number one and let Bella into the hotel. But I’m back yet again crushing it and usually actors, they have like one role, right? You have like one role that… that truly transcends society. It’s a back-to-back moment. One more time.”