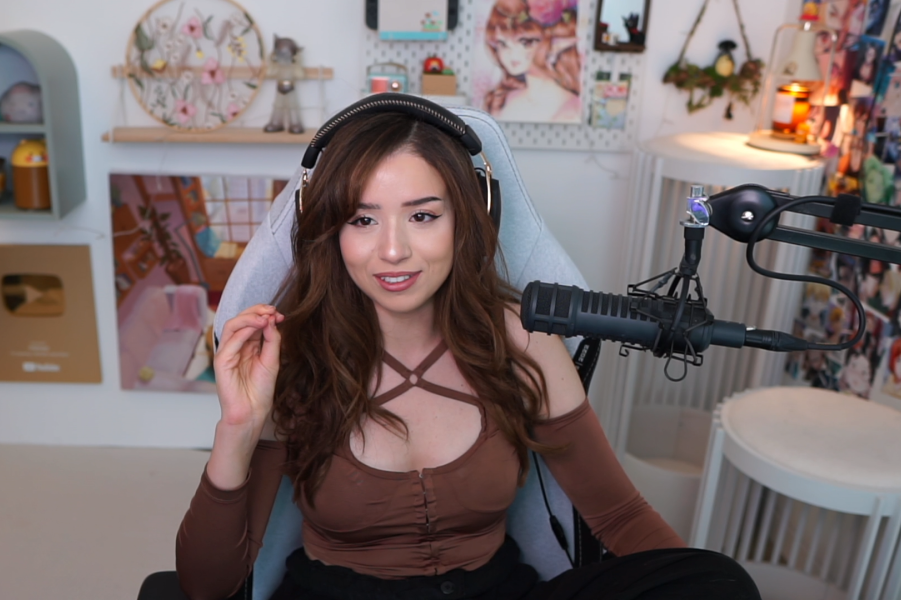 Imane “Pokimane,” a popular Twitch user, played Valorant on her channel on January 8. She received 50 Twitch Prime memberships from a viewer by the name of “CH14” when she was playing the frantic competitive shooter from Riot Games.

The user who uploaded the comment did so when the broadcaster was talking with her viewers in the Twitch chat. The former was identified by Pokimane as being popular Mexican footballer Javier “Chicharito” Hernández. This left the Moroccan-Canadian star dumbfounded, and she seized the chance to introduce the footballer to her fan following.

Pokimane saw a viewer who had shared a message from a Twitch user by the name of CH14 as she was talking with her supporters in the pre-game lobby before a Valorant match. It said: “CH14: Tell Poki we met at Roy’s place a few days ago! We have the same trainer!”

The co-founder of OfflineTV was startled but quickly recognized who CH14 was. She screamed out: “You’re the one that gifted subs?! No, no, no, guys! You’re not going to believe who that is.” She appeared on the CH14 Twitch channel and identified him as Javier Hernández, a well-known football player: “This is Javier! One of the most famous soccer/football, whatever you want to call it, players in the world! You guys know who that is, right? Yeah, this is (Chicharito), the name he goes by.”

Imane stated that Hernández and her trainer were the same, saying: “Yeah! We have the same trainer! He’s in my chat, gifting subs. That’s crazy! Go check him out!”

Pokimane expressed surprise at witnessing such a well-known person livestream on the site run by Amazon and said: “I think it’s amazing that he streams on the side. Like, who is someone so… famous and well-known is on Twitch, playing games just for fun! Go check him out! CH14, like Channel 14. Insane! Yeah, he plays for LA Galaxy right now. Wow! Crazy!”

The 26-year-old content creator closed the talk by stating: “I hear him speak; is this Spanish or Portuguese? Either way, I like that I can; I can understand some words. One here and there. It feels like good practice. So cool!”