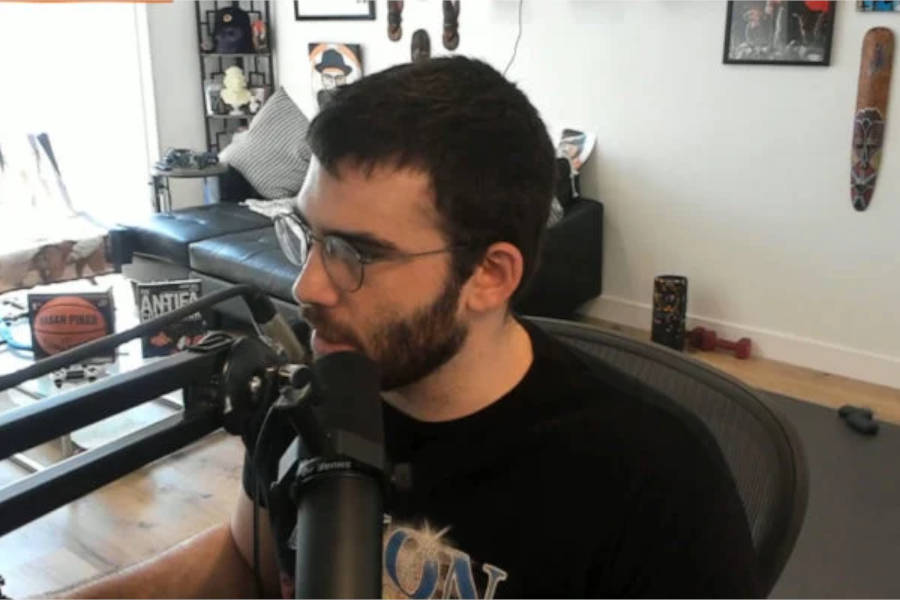 American Twitch streamer and political commentator Hasan Doğan Piker famously known online as HasanAbi has now reacted to YouTube star Brian Lee aka Ricegum threatening to smack him. The feud between twitch streamer Ludwig Ahgren and Adin Ross has now ended as the two both apologized to each other, however, it seems like because of their feud, some of their friends have also took jibes on another’s friend as the YouTube star Ricegum has recently commented on the situation and threaten Hasan that he would smack him. RiceGum was on Team Adin Ross while Hasan was obviously on Team Ludwig.

During Ricegum’s June 2nd live broadcast, he went on to watch some clips and videos of popular twitch streamer HasanAbi when he ended up watching Hasan talking about Adin. It seems like Ricegum wasn’t happy with Hasan stating; “Part of the reason they originally started doing YouTube is that they couldn’t make friends.” Upon hearing this, Rice paused the video and went on a strong rant directed at Hasan exclaiming; “Bro I made this sh*t so I could f**king cash out bro, you’re dumb as f**k bro. I made my YouTube because I f**king wanted to make f**king money, bro. What the f**k don’t you get? I wanted to retire from my parents, I wanted to buy some clothes, I wanted to not work, I wanted to not go to college, I wanted to have really pretty girls around me… It wasn’t because I didn’t have friends. You’re dumb as f**k bro.” Then he further threatened hasan that he would “smack the f**k out of” Hasan” for what he said.

Hasan saw the clip of the youtuber and went on to react to it during his latest live broadcast. Upon hearing the rant of the youtuber, Hasan laughed at his threats and made a joke of the fact that he is only 5’8” tall, clearly not believing Ricegum to be a threat.