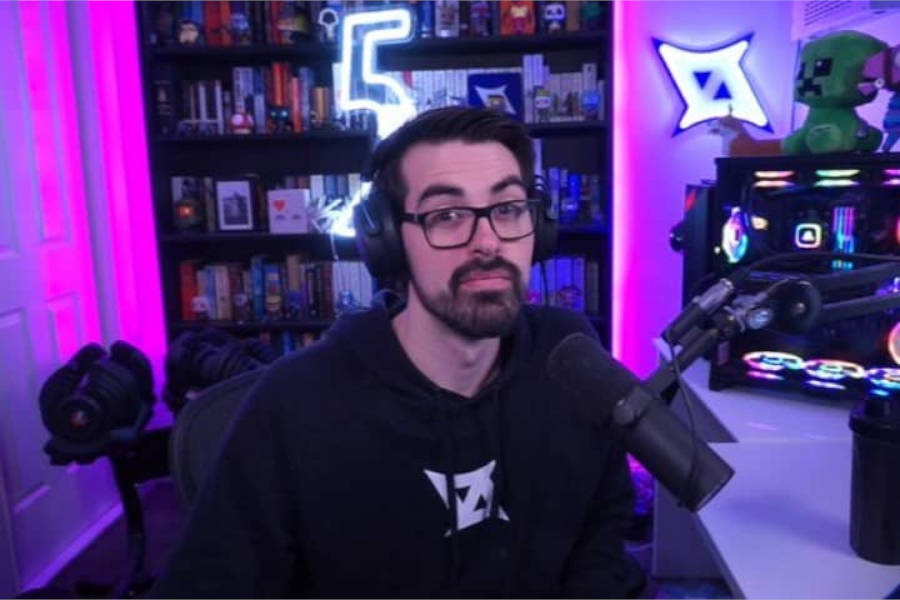 According to Shaun Cochrane AKA NRG Aussie, Fortnite may be one of the most popular battle royale games right now, but it’s currently down-bad on Twitch.

While this may come across as a bit biased, the numbers don’t lie. Fortnite has fallen from being one of the most popular games on Twitch to currently ranking 11th. The game has only received 46,275,501 viewer hours as of October 2021. Although those figures appear to be staggering, when compared to League of Legends’ 148,646,705 viewer hours, it’s easy to see why Fortnite has been slipping down the streaming platform’s rankings.

Despite its apparent demise, the game is still alive and well enough to “ratio” the skeptics and netizens who ask, “Is Fortnite Dead?” While the game may not be dead, many popular content creators have stopped streaming on Twitch over time.

While the reasons can be boiled down to a lack of skill, sweaty players, and the inability to master how to build, NRG Aussie explains why Fortnite has become less popular on streaming platform Twitch.

The Fortnite meta has shifted, and content creators have shifted with it. The “blood and guts” of Fortnite on Twitch, according to NRG Aussie, has shifted from content creation to competitive play. Giants of the community like Nick Amyoony AKA Nick Eh 30, Josue Sway AKA FaZe Sway, and others are occasionally seen streaming on the platform.

According to Shaun, the majority of the streams are competitive in nature or are played in lobbies with high-ranking players. To put it bluntly, when it comes to Fortnite, casual gameplay is almost non-existent on Twitch. Youtube, on the other hand, is bursting at the seams with activity.

Unlike Twitch, which is primarily focused on live streams and competitive matches, YouTube is booming with content creators. Millions of views have been raked in as a result of the recent introduction of #shorts.

To put this in perspective, despite having a very active YouTube channel, the content creators listed in the table above created a separate channel for short-form content. Apart from the majority of creators who have shifted to this meta, these are just a few who have dedicated channels at the moment.

Furthermore, it has always been about supply and demand for content creators. Alternatives must be found if their audience is not interested in the current content being created. In this case, most consumers preferred short-form videos that could be watched in less than a minute or a few minutes instead of long gameplay videos.

Despite the fact that content creators have found their niche on YouTube, the fact that Fortnite has yet to crack the top ten on Twitch is concerning. Future Seasons and Chapters may lose a lot of visibility if the game loses popularity on one of the largest streaming platforms currently available.

Despite the Metaverse and the never-ending collaborations, the game needs to reclaim its place on Twitch. Hopefully, Epic Games has a plan in place to address this issue as soon as possible.

While Fortnite streaming on Twitch is “dead” for the most part, aside from competitive and semi-pro levels, content on YouTube is pouring in like Chug Splashes from the Chug Factory into Slurpy Swamp.