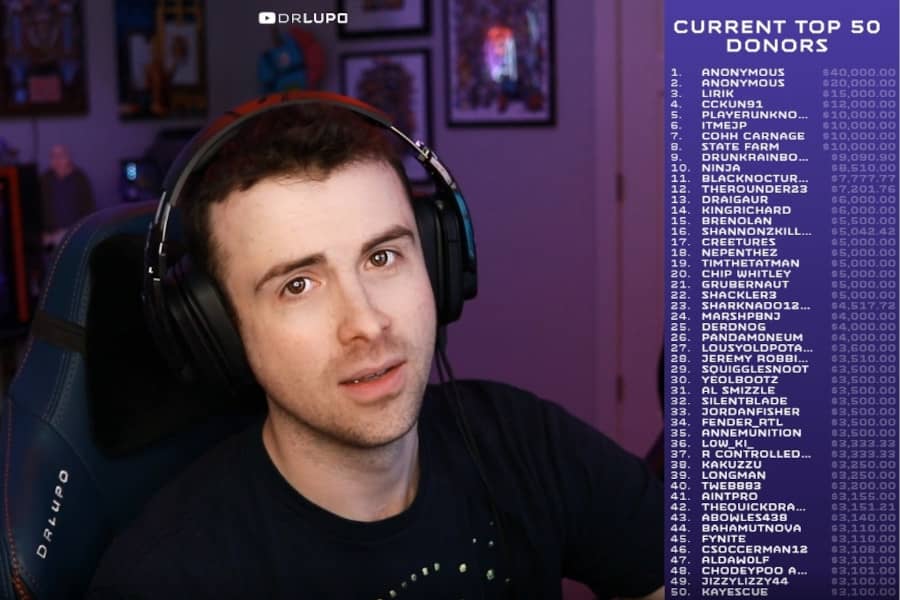 Streamer Benjamin Lupo, most commonly known online as DrLupo, is an American Twitch streamer and a professional player for Rogue. He is very well known for playing Fortnite: Battle Royale but has made a switch to Escape from Tarkov. DrLupo is also a proponent of giving to charity and has held numerous charity streams in his tenure as a streamer.

DrLupo has once again raised more than $2 million for the St. Jude Children’s Research Hospital during his third annual Build Against Cancer event. The charity broadcast started on December 19th and it featured dozens of celebrities , streamers, and brand representatives, all coming together to raise money for a good cause. This year’s charity stream worked with sponsors and other companies to provide prize raffles and incentives to get more viewers to donate. Those brands included Logitech, Intel, NZXT, Samsung, Gillette, and more.

DrLupo together with Ninja, CouRage, Sypher, AnneMunition, and other guests like actors Robbie Amell and Rahul Kohli managed to gain around $1.1 million before the event ended and Twitch again came in with a big check, donating an additional $1 million to the cause. DrLupo thanked his supporters saying; “And, of course, thank you to you all for supporting the cause. I love you guys. You make me feel like my stream has true purpose.”