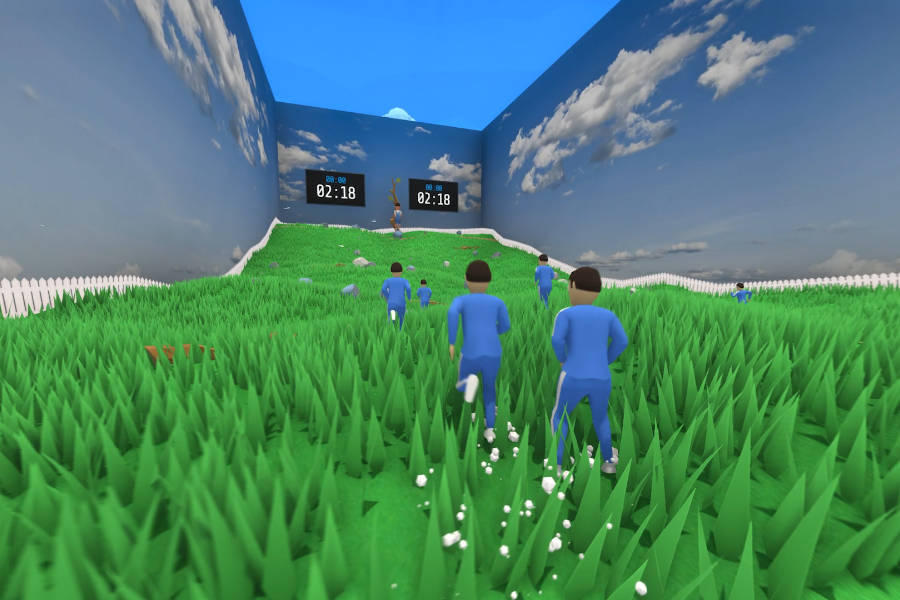 Crab Games developer DaniDev revealed on Twitter that the multiplayer battle royale is now safe to play for streamers. According to the developer, streamers playing in public lobbies will no longer risk IP leaks.

Crab Game was previously created using the FacePunch Steam P2P network, which was found to be extremely unsafe. As a result, a number of streamers, including Sodapoppin, xQc, and Nick Polom, had their IPs stolen and were accordingly DDoSed.

Because of this, DaniDev further responded by advising streamers to stay away from public lobbies until the issue was resolved.

Now, the game is no longer at risk of IP leaks after moving to Steam’s new network. To reassure worried players, DaniDev stated that the game is now “just as safe as any other game on Steam.” DaniDev also provided a means for users to guarantee “100 percent” safety.

To do so, go to your Steam settings, find ‘Steam Network,’ and change it to ‘Friends Only’ or ‘Never.’ DaniDev warns that this will slow down network connections for all P2P games, but it will prevent IP leaks.

This unexpected technological failure occurred only a few days after the introduction of Crab Game. The game had experienced fast development, quickly climbing into the top 20 of Twitch’s streamed games. The game’s attraction to streamers and watchers was obvious, as it was based on the hit Netflix series and international sensation Squid Game.

MrBeast, OfflineTV, and other companies have adopted the Squid Games concept. Crab Game’s resurgence could be due to the show’s seemingly unending popularity.