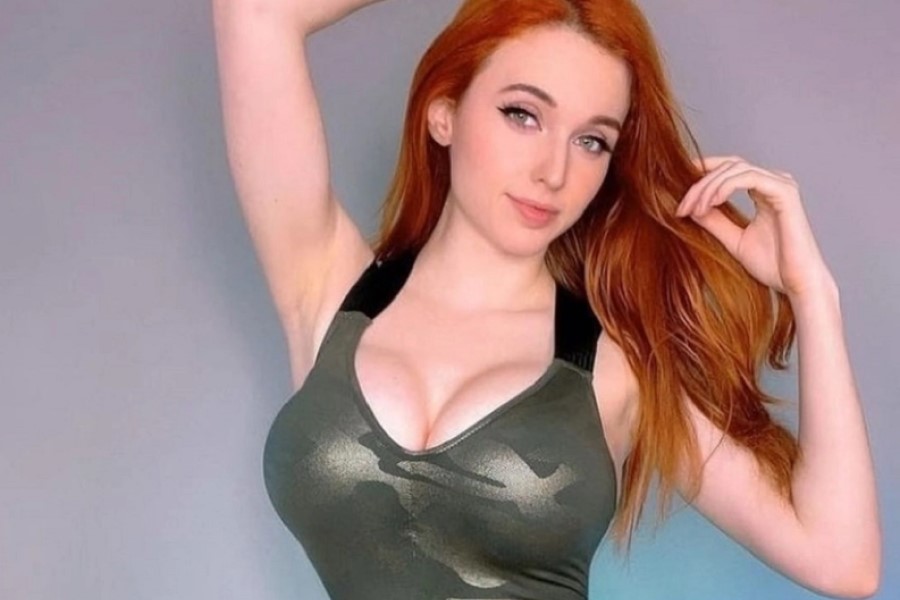 After spending months camped out in front of her house, Kaitlyn “Amouranth” Siragusa has claimed that her persistent stalker has now been caught.

Amouranth disclosed a stalker scenario that she claims she has been dealing with for a while on her personal Twitter account. Amouranth has been following a live broadcast from a man who went from Estonia to be near her since the beginning of May. The compulsive stalker camped out close to her PO box address and broadcast everything he did. Amouranth claimed in a tweet that the stalker had sold everything he had—including his own cat—to pay for his trip to the US. Then, he copied her streams onto his own channel and watched them every day. Amouranth had recently advised her followers not to report the stream since she was using it to keep a “close tab on him.”

Over time, his behavior became increasingly unpredictable, and he even sent the stalker videos of himself dancing while nude. Amouranth had increased security after becoming aware of the stalker and even hired an armed guard to stand watch outside her home. However, given the circumstances, it was regrettably insufficient to give her a sense of security. The stalker chose to visit Amouranth’s house after spending two months streaming nearby. According to Amouranth, he claimed in a video that he knew it was wrong but that he “had to.”

The stalker arrived at Amouranth’s house and spent thirty minutes inspecting the place. Amouranth dialed Police as he was staking out her home, but the police allegedly “declined to act.” The stalker then recorded himself trying to enter her house on camera. Amouranth contacted the cops again.

Amouranth complained that “Dispatch was rude, cutting me off, putting me on hold. It took 33 minutes from me calling 9-1-1 (having previously already explained the situation to the closest PD branch) for the first responders to arrive.”

The stalker was ultimately caught, Amouranth tweeted. The embassy was contacted and the stalker is no longer in Amouranth’s home city of Houston, she wrote.

Amouranth had struggled through the entire situation, from the stalker’s close proximity for two months to the police’s first inaction despite her pleadings. Amouranth said that she didn’t want to be held liable for what occurred if the man actually broke in and she was compelled to protect herself.

Fortunately, it appears that Amouranth won’t have to deal with the stalker once more for the time being.