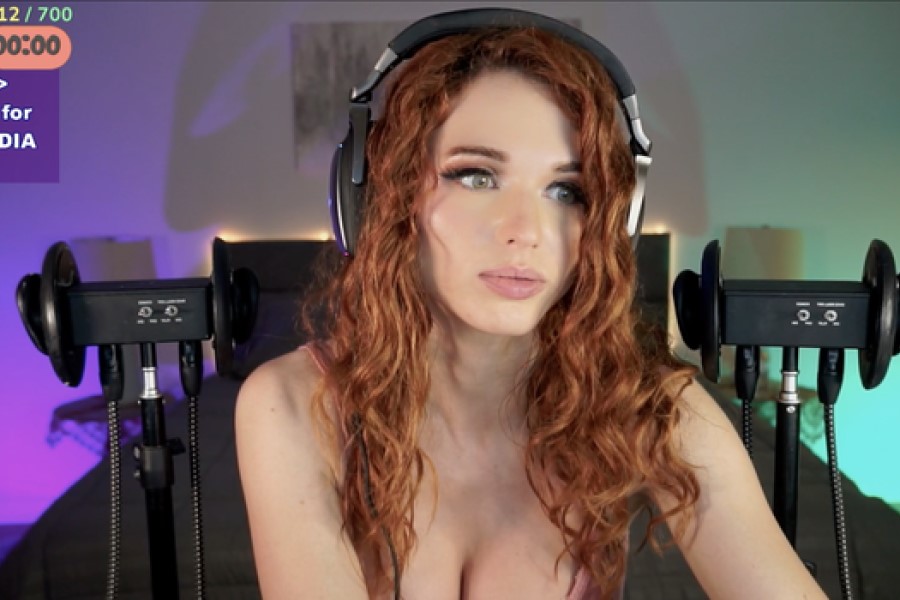 Amouranth was the only female among the top 100 Twitch streamers for October, according to the most recent State of the Stream report, a monthly review of viewership statistics and the streaming industry published by StreamElements and Rainmaker.gg.

Amouranth, one of the most well-known influencers on Twitch, returned to broadcasting earlier this month and has already amassed 6 million followers. Kaitlyn Siragusa, better known to her followers as Amouranth, started streaming on Twitch in 2016 and soon gained a following thanks to her cheery demeanor and boundary-pushing streams. Siragusa is a prime example of how successful female streamers can be, but overall, women in the industry are frequently outnumbered and eclipsed by men.

The site is still dominated by male broadcasters, despite the fact that Siragusa and other female Twitch influencers like JustAMinx, who was recently banned from Airbnb following a string of events, continue to gain popularity.

Amouranth was the only female streamer to rank among the top 100 on Twitch in October, according to the most recent State of the Stream report from StreamElements. The next 8 ladies on the list after Amouranth, who came in at position 53, all made it into the top 200 for the month.

Amouranth was the most watched female streamer on Twitch for the month of October, attracting nearly twice as many viewers as her closest rival Shylily, while falling short of taking the top spot overall. Shortly after Amouranth took a break from Twitch, she accomplished the astounding achievement of maintaining such a commanding lead over other female streams. These figures demonstrate that many of Amouranth’s viewers are still there to support her as she works to redefine her streaming character in the wake of her public revelations of her personal troubles. Following her disclosure to her viewers that she was married to an allegedly violent partner, the streamer took a brief hiatus from Twitch.

Police often visited Amouranth after she reported the abuse, but she now seems reenergized and prepared to take a different path.

According to some recent data, women make up slightly under half of the global gaming population, so it is shocking and depressing that this number isn’t even close to being reflected in the popularity of Twitch streamers. Even if the lack of female streamers among the top 100 is disappointing, Amouranth’s and other women’s ongoing success on Twitch demonstrates that there is still room for their expansion.

It might not take long before additional women take up significant places among the top Twitch streamers, thanks to streamers like Amouranth who are blazing the trail.