Adin Ross Offers His Thoughts About xQc And Adept 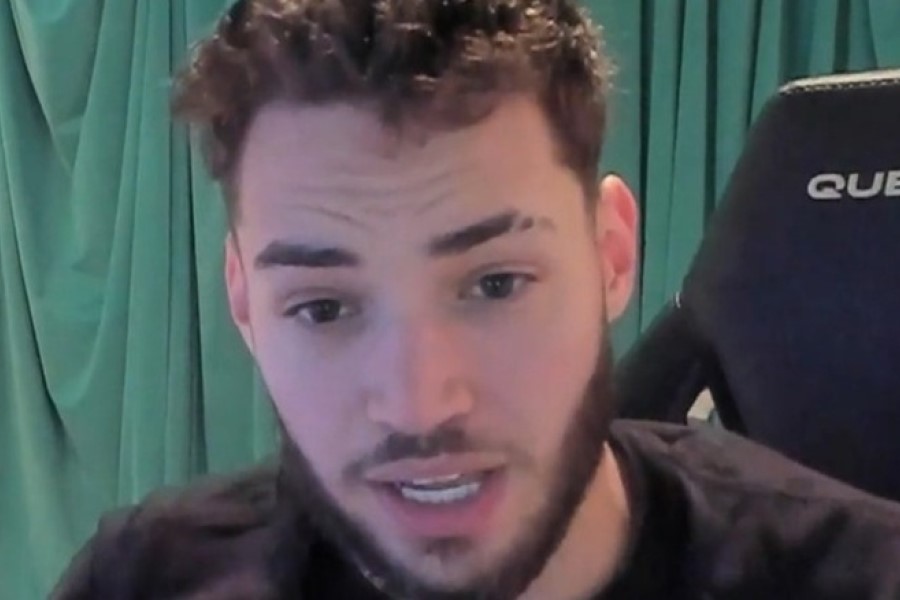 Adin Ross discussed a variety of subjects on a recent Twitch stream, including the conflict between Felix “xQc” and his ex-girlfriend Sammy “Adept.”

The latter two streamers recently made headlines for their drama content, and everyone had something to say about it. Adin created hypothetical scenarios like xQc’s family disliking Adept and Felix siding with his family over hers, but he only had one extremely straightforward solution: “They need to f**k! They need to come together and f**k.”

Many people have voiced their opinions regarding this specific drama, with some claiming that it wasn’t necessary for it to be broadcast in front of 80,000 people. According to rumors, Adept waited to announce their breakup for fear of being targeted by xQc’s supporters. Adin Ross made it quite clear where he stood and what would assist the problem after discussing many scenarios: “You know, I’m not tryin’ to be in anyone’s funny business, but do you wanna know the solution? But do you guys want me to tell you the solution to all of this? You guys wanna know the solution to all of this?”

It was evident in Adin Ross’ chat that the streamer’s opinion mattered, regardless of whether the people wanted it or not: “These two should just f**k and get it over with. To be honest, I’m just keepin’ it a buck, bruh.”

The Livestream Fails clip started at this point and informed his chat that they needed to get close. He pointed out that the two streamers both put in over 13 hours of streaming per session, which could strain their relationship: “If you don’t f**k someone for a very long amount of time, your hormones all over the place, you start to realize, and question yourself, question the relationship, all these things.”

The streamer believes that if the two Twitch streamers could only get along intimately, a lot of their issues would be resolved: “They need to f**k, they need to come together and f**k, if they wanna work it out. Most mature Adin statement, and that’s coming from a Twitch mod.”

Even while not everyone in Adin’s conversation agreed with him, at least one Twitch staffer did. He did giggle as he put an end to his remarks, advising them to take a break from streaming and try to make it work if they so desired.